Brain to cloud interface: A new perspective for human enhancement

Tuesday, 19 de November de 2019
If you get the chance to have a superpower and your superpower is to connect your brain to the cloud. What would you do? 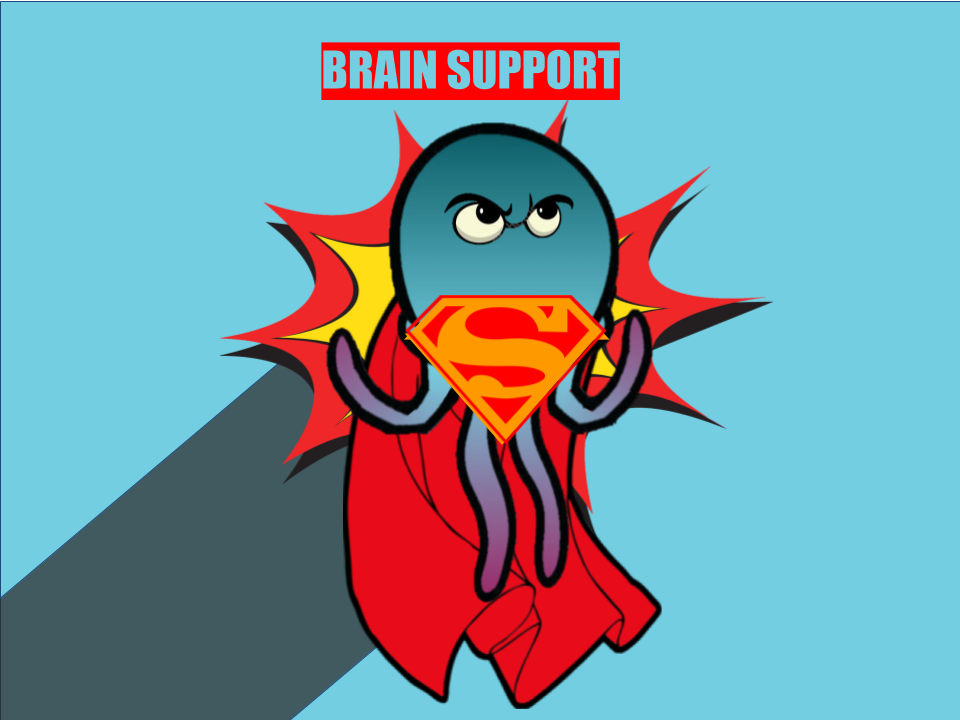 It seems awkward and one more of the greatest hall of Hollywood scientific fiction movies. However, scientist are already working on the augmentation of human capability by expand the human brain.

A scientific report was published this year on Frontiers in Neuroscience, leading by the header on neuralnanorobotics research, the scientist Robert A. Freitas Jr. and his team. Their purpose is to create nanorobots that will decode the brain waves and will deliver those informations wirelessly to an artificial neocortex on the cloud made by artificial intelligence (AI). As a summary, we will have a biological cortex working symbiotically to an AI synthetic cortex on cloud. 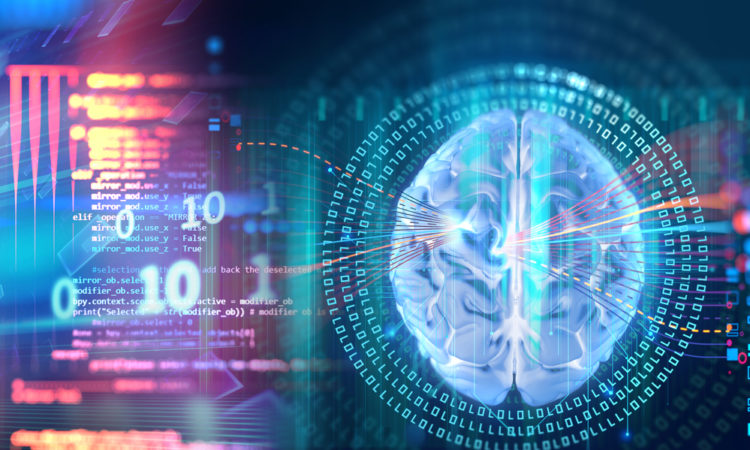 Going deeper inside this technology we may questioning ourselves, how would this ingenious invention impact our lives and change the future of humanity? Well, I supposed most of the people have wondered or imagine themselves at least once how would feel to have a superpower. With this advanced scientists believe that it will gifted the human nation a Godlike sense of being. People will finally try on themselves superhumans abilities that is not a reality nowadays. But might be possible on a future not distant from now. With this invention the authors considers the possibility that man one day might be able to have a kind of hard drive storage on the cloud where our memories would be decoded and stored. The scientists also claims that the humanity is immersed in a society full of information which overcome our brain biological storage capacity, with this innovation, human being would be able to store tons of datas of information without the possibility of forgetting things. The idea goes beyond that, download informations will be easier and what you have been researching goes strictly to your brain, just like have a 24 hours google available in the brain. Learn new skills like play the piano, learn martial arts and drive a car, won’t take long time to be learned or take a lot of effort. Besides of those superhumans abilities, this technology could vanish brain disorders like Alzheimer’s disease, Parkinson’s, dementia, epilepsy and spinal cord injury. This innovation will change the way humans interact in the society.

The concept to connect human brain to the cloud was first visualized by the inventor and futurist author Raymond Kurzweil, in which, he considered the possibility of the nanobots created by Robert Freitas, could be used to record the brain activity in order to connect those informations to the cloud. Kurzweil is known as one of the cofounder of Singularity University, it is the director of the department of engineer at google. He also have written some important books, like, The Age of spiritual machines, The singularity is near, Fantastic voyage: live long enough to live forever and how to create a mind. In his prediction, Kurzweil assumes that by 2030 nanobots will be a reality and they will be able to give us Godlike power by expand our brain.

Even though it seems far away from our reality, Robert Freitas, in his paper explains a lot better what is the neuralnanorobotics, how this technology has been developed and how it will works. The concept of neuralnanorobotics itself given by Freitas, it is the use of nanorobots or simply called as nanobots on the human brain. The scientist group aims to create three types of nanobots named as, endoneurobots, synatobots and gliabots. Those tiny robots will be able to monitor the neurons and the glial cells, they will record the neurons activity, in addition it will to do drug deliver and either to neuromodulate them. Considering that the human brain has an average of 100 billion of neurons. The group explains that for each neuron it will have an endoneurobot inside of it recording the spikes. As the same will works for synaptobots and gliabots, as the name suggests, they will be monitoring the synapsis and the glial cells, respectively. 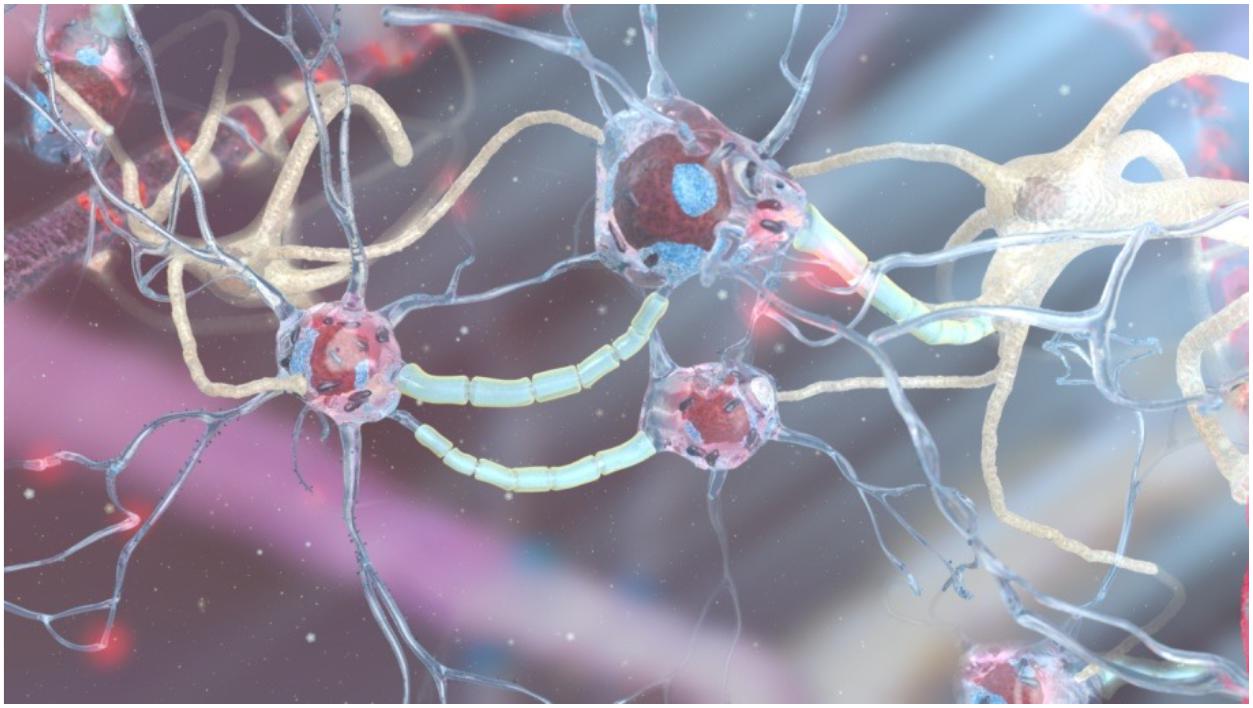 To better comprehend this technology it is important to understand that the language of neuron code are composed by a pattern of frequency and amplitude firing rate. Each neuron has a typical firing pattern that carries on important informations, such as, our memories, recognize familiar faces, language, sounds, tastes, and all of the sensorimotor perceptions that make us a human being. The organic function of the brain works all about codes. Just like a computer language that is made of binary code of ones and zeros combined to create data that can store images, videos, documents and softwares. The neuron language code has a pattern of firing that can be decoded and as any data might be stored in a device. Using this technique and neuromodulation, scientist from Nicolelis team already had transferred information between rats doing the same tasks however distant from each other. The encode rat was in Brazil and had to learn the task and send the information directly from his brain to the brain of the decoder rat that was in USA executing the same task. As a result, the decode rat performed the task in a higher accuracy than the decoder rat have done. This technique is called brain to brain interface and already is a reality.

Knowing that the language of the neurons can be decode and stored and then through neuromodulation can stimulate neurons with the same patterns firing that was stored. It seems more reasonable how this technology will works and that scientists have done it before. Thus, the brain to cloud interface will be a two pathways deliver of informations. The registration of the neurons to the cloud and the neurostimulation of the same pattern of information stored in the cloud into the brain.

But how would the nanobots get inside our brain? Would be necessary a surgical procedure to deliver those inside the brain or scientists already had found a better way to record the brain activity? That is one important question about how powerful combine nanotechnology with brain machine interface would be able to raise this technology to another level. Considering that nanorobots are a very tiny electrical device, in which is classified on nanoscale. The scientists report that all of the nanobots will be transdermally injected. Afterward, the nanobots will flow into the vasculature, travel through the bloodstream, cross the blood brain barriers and finally get inside the nervous system cells.

Giving a step back it is necessary to comprehend that on the race to connect machines to the human brain one of the biggest issue is the creation of an efficient device that is able to record the neuronal activity in an accurate temporal and spatial resolution without the need of surgery. Currently, there are two types of brain registration for brain machine interface (BMI), invasive methods and non invasive method. Some non invasive methods are the usage of fMRI (Functional magnetic resonance imaging), EEG (electroencephalogram), NIRS (Near-infrared spectroscopy), MEG (magnetoencephalography),even though it does not have the need for surgery, those technology limited BMI because it has problems related to spatial resolution, which makes their application strictly on clinical and research environments. On the other hand, it has invasive techniques such as ECoG (electrocorticogram) and invasive electrodes arrays. Even with a good spatial and temporal resolution they require surgery to be introduced into the brain. On this regard, the research group are betting that nanobots might be a milestone inventions to give a step forward on the evolution of the enhancement of non invasive methods of brain registrations. Therefore, nanobots might be classified as a non invasive technique that it does not have the need of surgery but can record and neurostimulate directly into the neuron as it were an invasive method. The group of scientist believe that the nanobots could provide the enhancement of other technologies like BMI, brain to brain interface, brainet and the creation of brain to cloud interface. Since the basis to develop those techniques are the creation of a good method to record the neurons without the need of surgery.

Even though it seems fascinating to connect our brain to the cloud this technology might take long to be fully completed and able to be used by the mankind. Nevertheless, currently we already have technologies that in a simple way can record the brain signals and connect our brain to IoT (Internet of things). One of the most used technique on BMI is the EEG. The EEG is a non invasive method that can record the brain signals from the scalp. Painless and efficient, the invention of Hans Berger in 1929, has been contributing significantly on the enhancement of BMI and better understand the human brain. With BMI based on EEG, scientists have used the brain waves to control electrical devices merged on our body, around ourselves, kilometers of distance, in the real world or also in a virtual world. The EEG has been freedom patients with the locked in disease to get the chance of transcending their own body and communicate with their families, have been helping paraplegia patients to control a smart house, wheelchairs, exoskeleton, prosthetic limbs, robots, drones and also avatars on the virtual world. 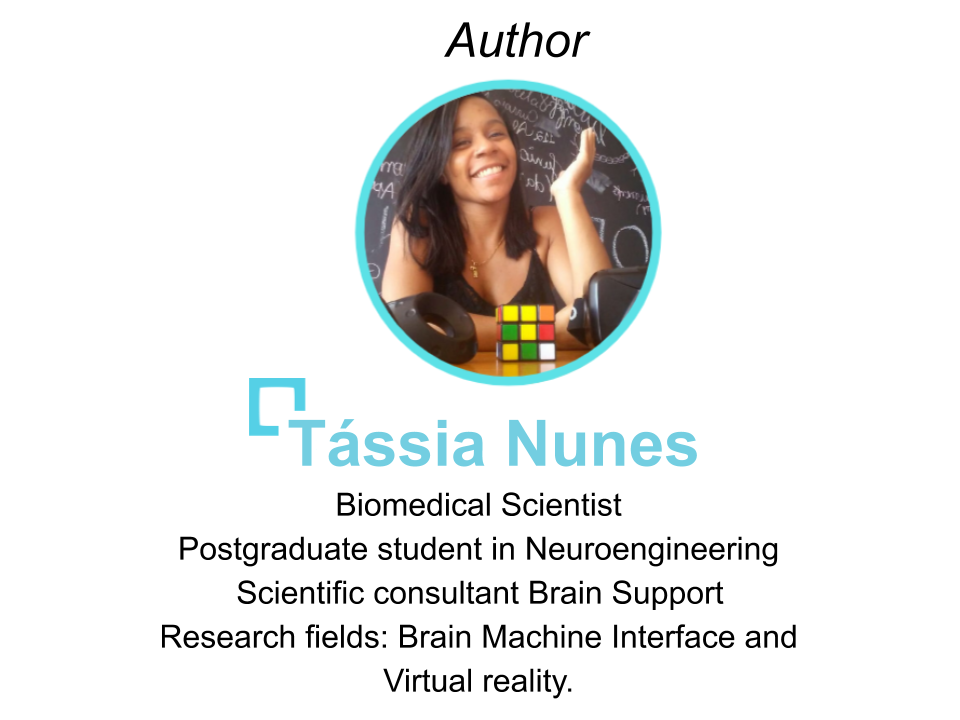